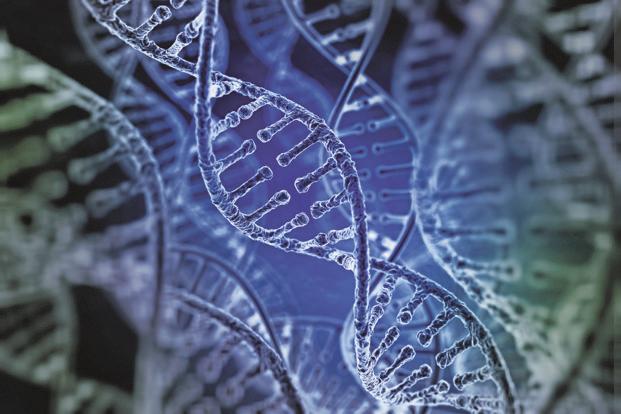 Even as the Supreme Court tackles the issue of privacy as a fundamental right, the government is considering a DNA (deoxyribonucleic acid) Profiling Bill.

India will be among the last large countries to adopt a DNA profiling or fingerprinting (also called DNA typing or testing) Bill. DNA profiling is a forensic technique used to identify individuals by characteristics of their DNA. DNA profiling is different from full genome sequencing.

A typical adult has over three billion characteristics in her DNA and only about a dozen characteristics (13 to be precise) are required for a DNA profiling database. A technique called the Short Tandem Repeat (STR) analysis is most widely used in forensic analysis. Over the last 25 years, most countries have adopted a DNA fingerprinting law and have developed databases for use primarily in criminal investigation, disaster identification and forensic science.

In 1985, Alec Jeffreys, a genetic researcher at the University of Leicester in the UK, first developed DNA profiling along with Peter Gill and David Werrett of the Forensic Science Service. They used the technique to demonstrate the innocence of a man being held for the rape/murder of two girls in Leicestershire. The constabulary then undertook an investigation in which more than 5,500 local men were asked to volunteer blood or saliva samples. With a bit of luck and the newly developed DNA technique, they were finally able to uniquely identify the perpetrator of the crime—a local baker’s apprentice.

That successful conviction combined with rapid strides in DNA fingerprinting technology led to the setting up of the United Kingdom National DNA Database (NDNAD). The UK today maintains DNA profiles of nearly 7% of its citizens, representing the largest population proportion in the world. In sheer size, the largest DNA database was set up by the Federal Bureau of Investigation (FBI) in the US—the Combined DNA Index System (or Codis). The database contains more than 12 million offender profiles, more than 2.5 million arrestee profiles and 750,000 forensic profiles.

When DNA profiling is used wisely, it can bring major benefits to society—by helping to convict serious criminals, connect seemingly unrelated crimes and possibly even preventing crime. It is also particularly useful in the aftermath of a natural disaster. Concerns can arise, however, when tissue samples, genetic information and personal data are stored indefinitely on a DNA database. There are fears that the government and the police may be able to misuse this data and threaten our individual rights as well as that of our families.